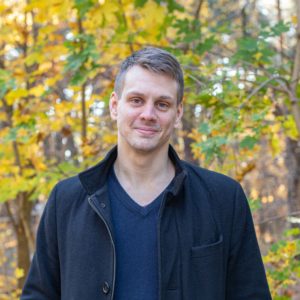 Alexandre Auboin is a French clinician psychologist. He graduated with a Master’s degree in psychopathology and clinical psychology at the University of Rouen in Normandie.

He then took an additionnal training in cognitiv and behavioral therapy with the IFFHORTEC Institute in order to diversify his skills.

Alexandre Auboin also gave courses at the University of Rouen as a psychology teacher .

Back in France, he worked for several years at the Dieppe’s Hospital on the psychiatric ward, where he was responsible for patients diagnosis, and lead of individual and group therapy.

He is regulary under the supervision of other psychologists in order to take perspective on his clinical practice.

He mostly uses a cognitiv approach and person-centered therapy. He always adapts to the need of the person, and builds the relationship on common goals, trust and understanding.